This is my 13th week of taking a photo a day. It has been a lovely busy week, getting things done and feeling quite organised. And time to see friends and family too… I love weeks like these which feel like the perfect mix of work and play – and a bank holiday… who doesn’t love a longer weekend? 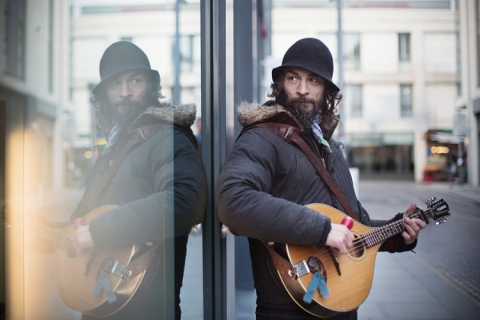 Tuesday 26th March 2013 – This is Pok the bard. I was wandering up Jubilee Street last Tuesday and spotted Pok playing his octave mandola (an interesting looking instrument that I hadn’t seen before) It was freezing cold and I had given up hope for finding anyone to photograph that day. I listened to him for a while before asking whether he would mind me taking a few photos (polite to ask before, in my opinion) He was happy for me to photograph him, so I chose the angle in which I first spotted him playing – I really liked the reflection. Pok was lovely to speak to – he told me that I had made his day worth while by stopping and chatting. :) 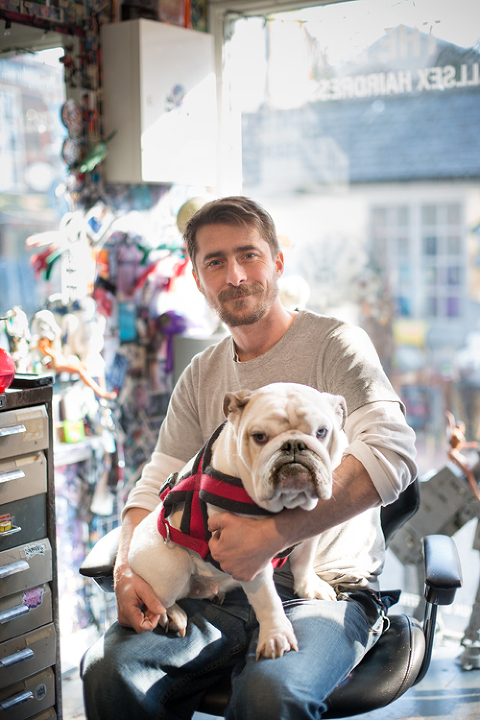 Wednesday 27th March 2013 – Another busy day with little time to commit to the photo a day. During a break from my computer, I popped in to The Bomb hairdressers as I could see that the last client was just leaving. I asked Pete if he would mind if I grabbed a quick shot before his next client walked in… He was very kind to humour me and let me take one of him and the lovely Sharon (she is quite famous in the area) 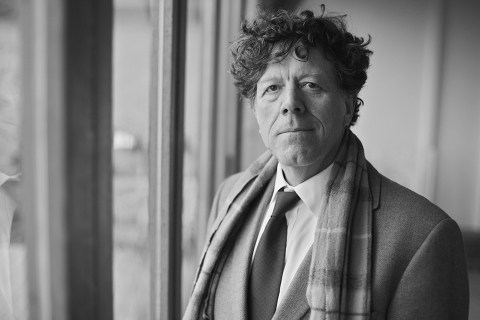 Thursday 28th March 2013 – This is my friend Peter Murphy. He is a celebrant who runs (with his lovely wife Belinda) Light on Life – Ceremonies for all Life Events – weddings, funerals, babynaming etc. He is also an actor – you can tell, can’t you? Peter is always a pleasure to photograph – he knows exactly how to pose himself and takes direction well too. 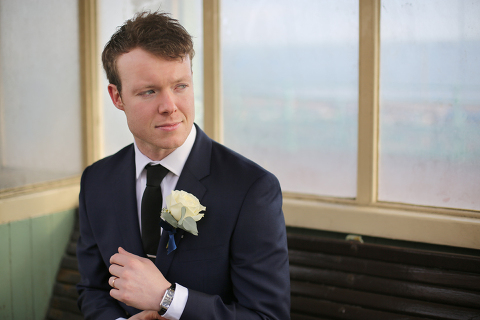 Friday 29th March 2013 – I stepped in at the last minute to second shoot for Jayne Sacco – a lovely photographer, who was shooting a gorgeous couple’s wedding in Brighton on Friday. For me, this meant fun time taking photos of the boys as they were getting ready – whilst Jayne was with the girls. This is a photo I took of Sean in a quiet moment of contemplation before meeting up with his Bride – Julianna. I love Brighton Weddings! 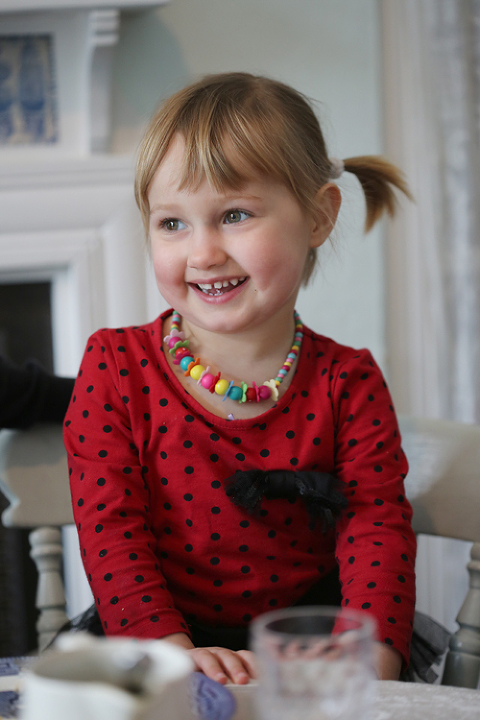 Saturday 30th March 2013 – I went over for a bit of a family get together at my parent’s house on Saturday… My cousin Ben, his wife Fiona and their daughter Lily are moving to Australia in a few months so it was a chance to see them before they go… Very sad to say goodbye… This is lovely Lily who is the cutest cutie ever, getting very excited for all of the chocolate that Easter brings! 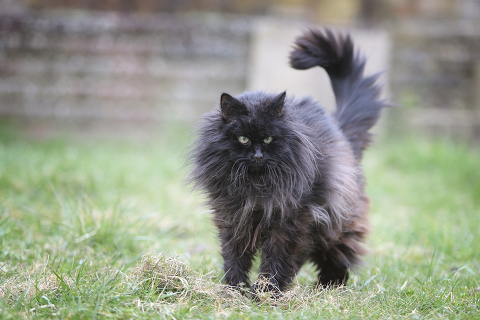 Sunday 31st March 2013 – A much needed day spent pottering at home – cleaning the car – planning the wedding – having a lovely Easter with just me, my love and our lovely ladies… Now I’ve already photographed the chickens on a previous photo a day, so I decided to try and photograph Bossie – our princess perfection little old lady cat. As well as being the fluffiest, most vocal creature I have ever known, she is also rather camera shy. Whenever I try to photograph her she turns her head away in a film star style, hiding from the paparazzi type way. I swear she does it to annoy me sometimes! Anyway, this was the best that she would allow me to take. sigh. 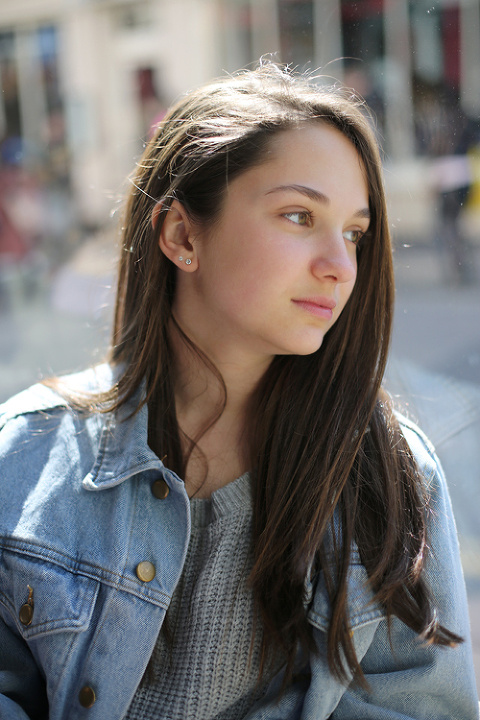 Monday 1st April 2013 – This is Sarah and she aint no April fool! She is my lovely soon to be niece. I took this shot of her whilst waiting for a table at my favourite veggie restaurant – Food for Friends in Brighton. The sun was shining for the first time in ages and we had a lovely meal – Happy bank holiday. :)