Sunshine! Yes! This is the 15th week of my 365 project. For those who haven’t read my blog before, I set myself the challenge at the beginning of this year to take a photo every day until 31st December. I never officially announced this, but I also said to myself that I should make it a portrait every day and I should try to photograph as many different people as possible (I have also included animals in this criteria!) So this has pushed me to approach strangers, beg friends and take self portraits when desperate. This has also pushed me to take my camera with me everywhere and has made me constantly on the lookout for new faces. At times, it has been a bit of a struggle. When I am busy editing in my studio, it is very hard to pull myself away to go on the hunt for a willing volunteer. This is likely to get harder and harder as the wedding season gets busier but one thing I am appreciating is the longer hours of daylight now the clocks have gone forward. Without further ado, I’ll tell you about what I’ve been doing this week… 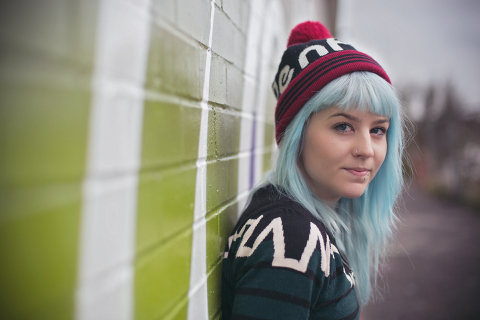 Tuesday 9th April 2013 – This is Tish, a new friend I met at the beginning of this year. Tish has been on the same roller derby training program (otherwise known as ‘Fresh Meat’) with me and as soon as I met her, I thought she would be a good person to photograph. Everytime I see her, she has something new going on with her hair do. I love the colour at the moment so much, makes me very tempted to dye mine. :) 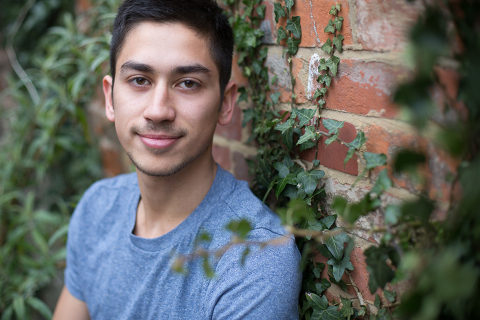 Wednesday 10th April 2013 – I went over to Lewes to do a family portrait session on Wednesday and because the weather was looking up, we decided to take some photos inside with studio lights and take some with natural lighting outside. This is Seb – the oldest of three siblings. The shoot was with his mum Marianna (who I featured on this blog earlier in the year) and his two younger sisters Irma and Emily. Such a beautiful family. 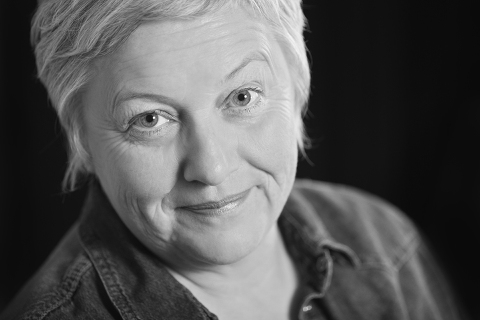 Thursday 11th April 2013 – This is Sue, a lovely friend who came over to my house on Thursday evening to practise a bit of NLP on me. Sue has many skills, she is a very talented singer, musician, actress, performer and comedian. She has in the past performed in a band/duo with my love and I know they have been practising a song or two to perform at our wedding in a few weeks – I am very much looking forward to hearing them! To sum our Sue up, I would say that she has the voice of an angel and could well be the love child of Tommy Cooper and Joan Rivers. Friday 12th April 2013 – Another derby friend! This is Scoot’er (also known as Lindsey) and she is Head Ref for the Brighton Rockers Roller Derby league. I met up with her and Lisa ‘Snow Mercy’ on Friday and Scoot’er very kindly let me take a photo of her amazing eyes. Saturday 13th April – Ok so the weather wasn’t great all week – on Saturday it rained all day. ALL DAY. I felt quite relieved that I wasn’t photographing a wedding on that day – if it rains on a wedding day, there is often a break in the weather for a little bit at least. But not today! As I didn’t get any opportunities to take photos during the day, I took my camera out with me in the evening to a party. This was an amazing ‘red’ themed house party which was so well done! I took a few photos of people – this is Justine looking amazing in a corset and moustache! 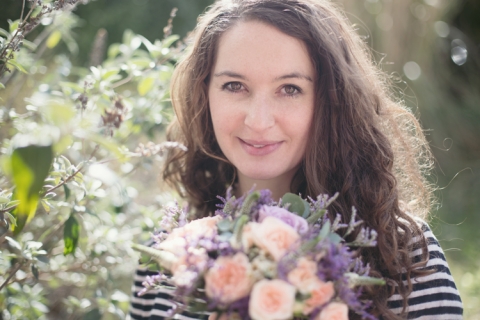 Sunday 14th April 2013 – This is Katy, a lovely florist and friend of the family. She came over to our house to teach a few of us how to make hand tied bouquets and buttonholes so that we can make our own the day before our wedding. She was so patient, kind and encouraging – the best teacher ever! I took this photo of her in my front garden holding the bouquet I had just made (thanks to her!) Gorgeous! 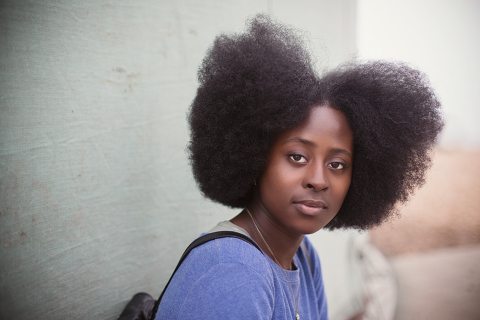 Monday 15th April 2013 – I went to sit on the beach to eat my lunch on Monday and I spotted Naomi. I knew I should pluck up the courage to ask her for a photo and I’m glad I did. Naomi is a drama student who was on a day trip to Brighton, doing some filming for a project. Initially, I was drawn to her amazing hair, but her eyes are really what I find mesmerising in this shot.

Well, it’s a first… Not a self portrait or double exposure in sight. This has been my 15th week of my 365 project. Thanks for looking… Until next week… :)