Another fun week filled with meeting lots of lovely new people. I love my job and I am loving the fact that this 365 project is forcing me to approach people I wouldn’t have done normally. Because I am getting more and more busy at this time of year with weddings and engagements shoots, I don’t have as much time to dedicate to play time with my camera. This is making me become a bit more decisive about who I am going to approach for photos on days when I need to go out looking. It’s also encouraging me to spend a bit more time with my camera on days off work. I have been trying hard to think on my feet and photograph people in ways that I wouldn’t normally. It’s all part of the process of trying to keep my eye fresh. Some days more creative than others! 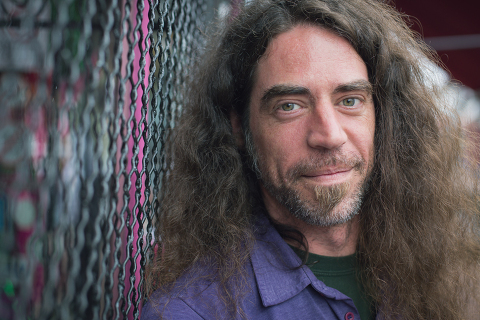 Tuesday 11th June 2013 – I spotted Dragon when out and about on Tuesday last week. He is a photographer and also works in Revamp fancy dress shop. Like many photographers, he doesn’t like having his photo taken so I really appreciate that he spared a few minutes for me. 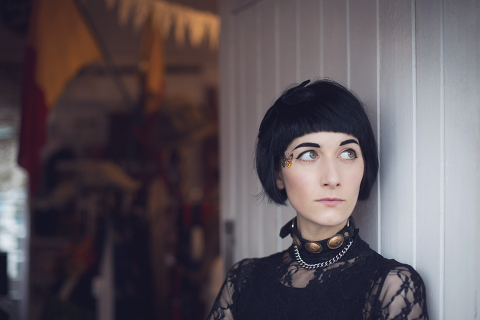 Wednesday 12th June 2013 – It was raining on this day and I didn’t have a lot of time so when I dashed into Snoopers Paradise and spotted Laura, I was very relieved when she was more than happy to let me photograph her. Again, Laura is a creative… She is a stylist, fashion designer, photographer, and she also models to boot! I met Laura a little while ago when she was a stylist for a shoot at the Photography Farm in July last year. Check out her blog. 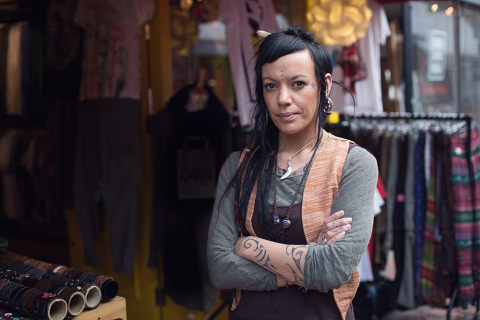 Thursday 13th June 2013 – This is Karma who I spotted several times recently on Kensington Gardens in Brighton. Today, I plucked up the courage to ask her for a photo or two. She didn’t have a lot of time because she had customers to serve. 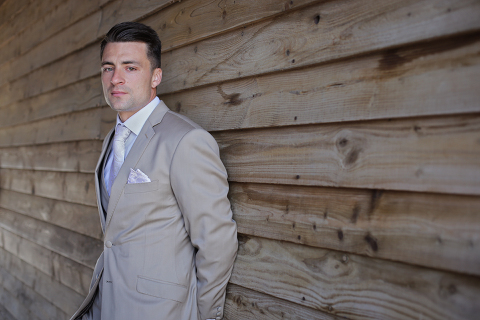 Friday 14th June 2013 – On Friday last week I had great fun second shooting for Lisa Devlin at Jasmine and Russell’s wedding. When second shooting a wedding, I get to hang out with the boys when they are getting ready which is always fun. Russell is a premiership footballer and plays for Norwich. He and Jasmine are two of the nicest people I have ever photographed and I really enjoyed being part of their day. 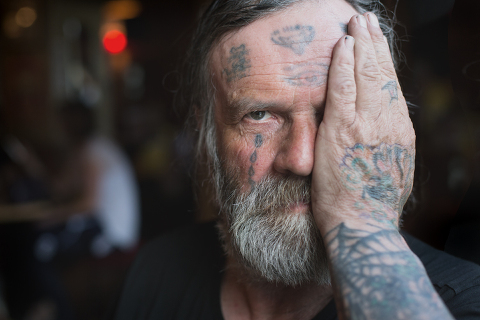 Saturday 15th June 2013 – A day off on Saturday so I went into town with My Love to try and find someone to photograph. I was looking out for colourful characters and spotted George outside the Eagle pub. I took a few photos of him in my usual way but chose this photo because it is a bit different from most of my portraits. 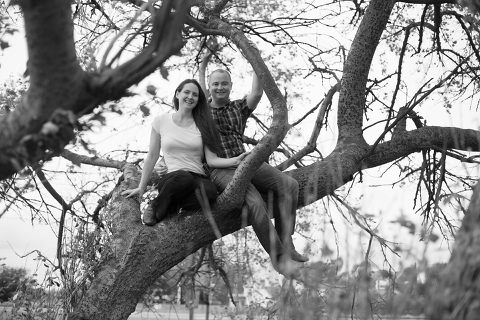 Sunday 16th June 2013 – I went over to Camber Sands to meet with Clare and Ben – an awesome couple whose wedding I will be photographing at the Gallivant in August. The weather was a bit blowy but the rain held off for long enough to take some photos of them both. We took lots of photos on the beach but I chose this photo for my photo of the day again because it is a bit different. They are such a fun couple with a great sense of humour and they even were willing to bit of tree climbing! I had great fun. :) 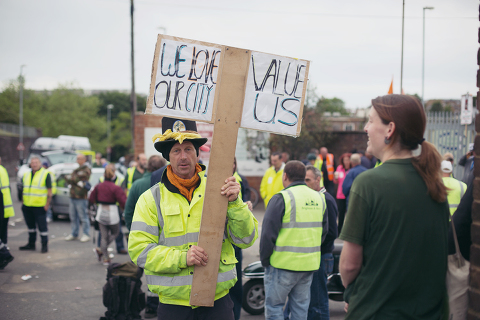 Monday 17th June 2013 – On my way to work, I spotted a group of refuse collectors staging a strike and protest supported by the GMB union. Anyone who lives or has visited Brighton recently will be aware of the striking refuse collectors because of the state of the city. I stopped to talk to a few of them as I was interested in what that had to say. This is Crispin who was more than happy to tell me a bit more about their reasons for striking and the effect the cuts will have on not only their jobs but also carers, catering staff, ‘lollipop’ men and women and citypark staff. As I was stood with them, a lot of passing traffic were honking their horns and waving or cheering in support. Crispin was unsure of how long the negotiations were going to last for. I found it all very interesting. More info can be found at the GMB Southern website.

That’s it for this week. This has been my 24th week of this years 365 photo a day project. Thanks for looking.