Happy Christmas Eve everyone! I have just woken up to news that the overnight storms have caused massive problems all over the country. I hope if you are reading this you are safe and dry. I am just about to sign off for a week of family time – though the journey today could prove a little interesting!

You may or may not have noticed that I failed to post my week in pictures last week – so close to the end, I’m not slacking I promise! I have still been taking a photo every day but I unfortunately ended up in hospital last Monday and didn’t have the means to get my post together… So this week is a double week special. :) And some of the morphine induced attempts at photography are quite special! So without further ado, here is week 50 and 51 of my photo a day project: 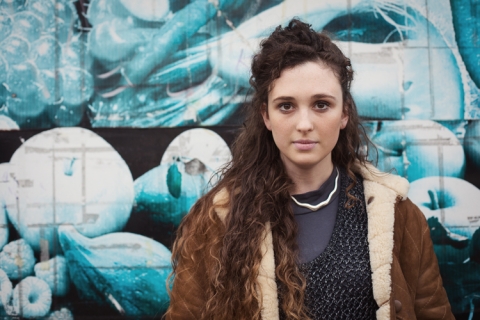 Tuesday 10th December 2013 – This feels like a long time ago now! I spotted Caroline whilst on a little walk along the Lewes road in Brighton, she is a ex art-student so was quite happy to help with my little project. 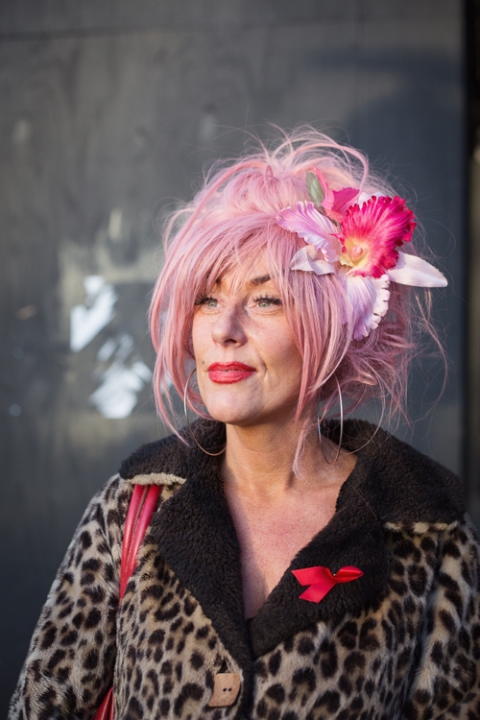 Wednesday 11th December 2013 – I waited very patiently for the right person to come along on this day. It was around 3pm and the sun was low in the sky. I waited at the bottom of St James Street for what felt like an eternity. The light was amazing but people looked like they were in such a rush. Hundreds of fairly uninteresting looking people walking quickly by. Then I saw Joanna and grabbed her. She was kind and agreed to let me take a photo. The sun disappeared behind a building moments after I got this photo. I really like it. 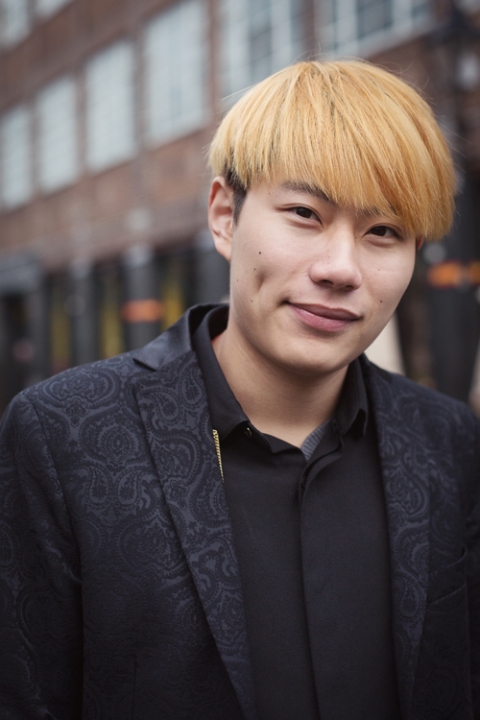 Thursday 12th December 2013 – This was one of the many tough days I faced over the last two weeks. I was very busy getting Christmas orders together for clients and didn’t really have the time to commit to wandering the streets. I spotted this guy and he didn’t speak any english, but I managed to convince him anyway. I never got his name. 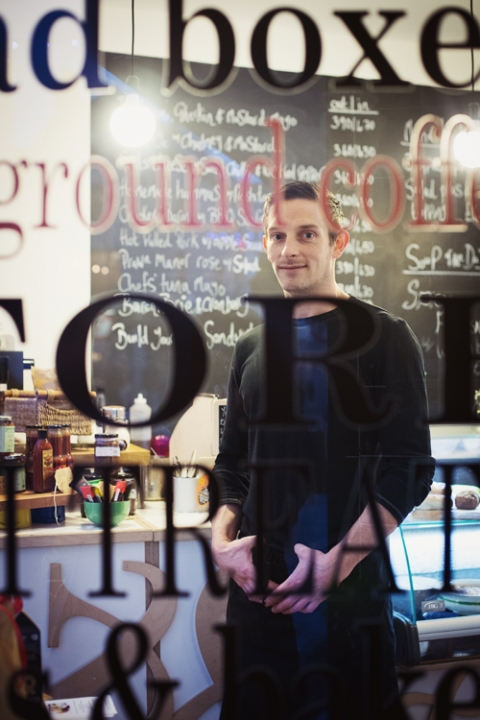 Friday 13th December 2013 – And the first day of all day relentless rain. Not appealing to walk the streets but that is what I did. And as it was getting dark, and I hadn’t found anyone, I met Connor. He was working in a coffee shop on Gardner Street and he welcomed me in out of the rain. He was telling me how he has played stunt roles in various big movies. Nice man. 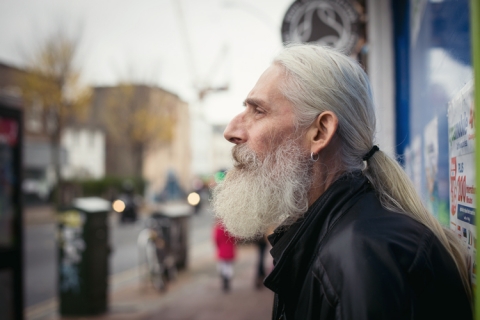 Saturday 14th December  2013 – This was when I started to feel pretty rough. But we had some Christmas shopping to do so off into town I went. I spotted Chris on the London Road and asked him for a photo. He seemed flattered that I had asked. I was relieved to have a photo and put my camera away. 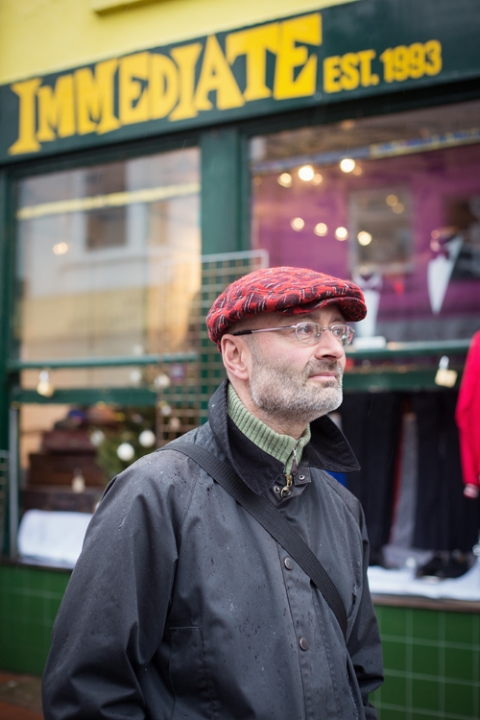 Sunday 15th December  2013 – This is Stephano who I spotted on Sydney Street. It was raining. He let me take a photo or two. Again, very relieved. 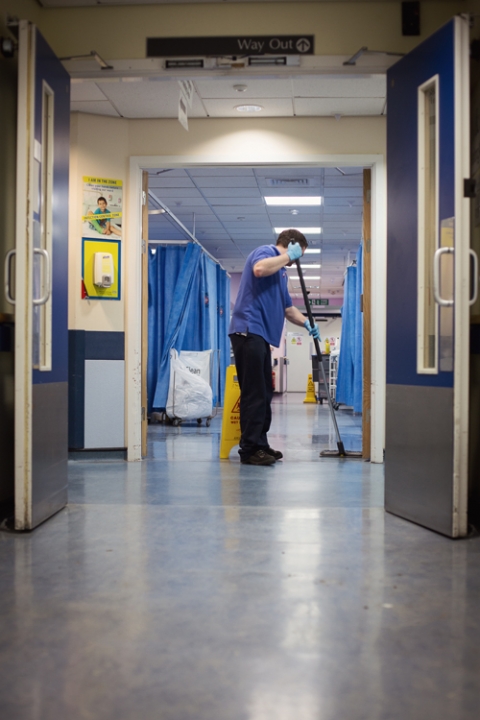 Monday 16th December  2013 – And so in to hospital I went (I went to the GP but they sent me up there with a suspected appendicitis) A lot of waiting and pain. Aware that my photo of the day was going to be a complete fail, I grabbed this shot of the corridor from the waiting room. 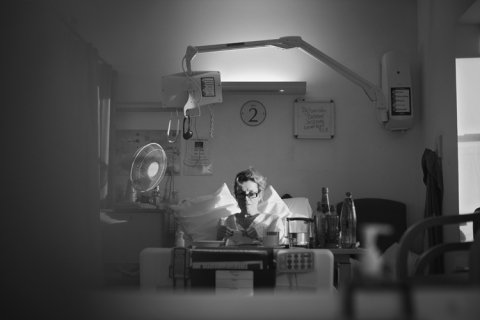 Tuesday 17th December 2013 – Now I understand the meaning of the word patience. I was sent up to the digestive diseases ward while they ran tests and they relieved me into a floating morphine induced stuper. This is my view from my bed. First thing in the morning, a beautiful light flooded in. This is Debbie who was recovering from surgery opposite me. 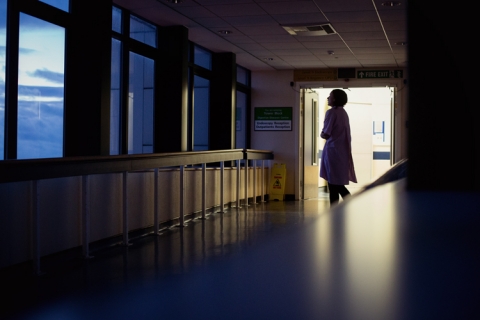 Wednesday 18th December 2013 – The day of my surgery. This is a rubbish attempt at a photo of the day but I didn’t really care. I was awake very early and watched the sunrise from the bridge by my ward. Not a great time for a selfie, but I was worried I wouldn’t be capable of taking a photo later on. 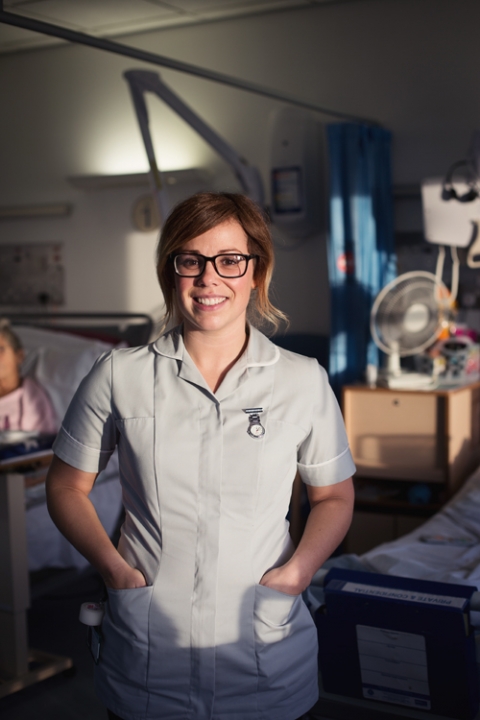 Thursday 19th December 2013 – Everything felt a lot brighter on Thursday, I was in pain from the surgery but recovering well and relieved that it might be my last day in hospital. Getting so close to Christmas, I was scared that I wouldn’t be able to get out in time! This is Gemma, one of many amazing nurses who cared for me and put up with my winges! Again, the light was amazing. 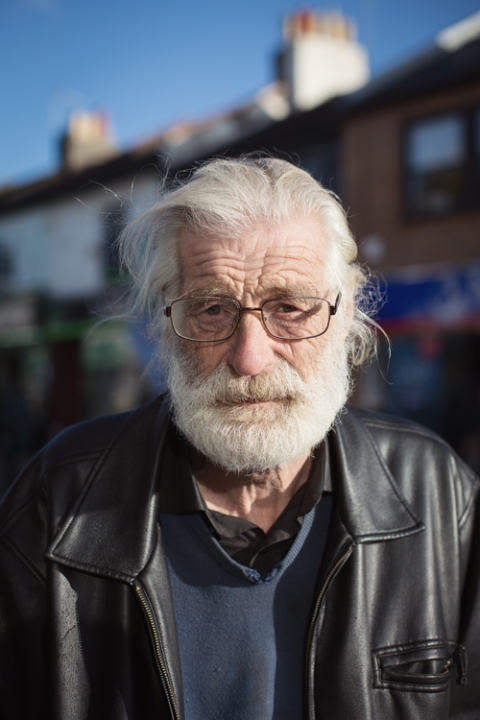 Friday 20th December 2013 – Freedom! I was told to take it easy. So I knew I shouldn’t exert myself too much. But then I thought I must make an effort with my photo of the day after so many half hearted ones. I went for a walk in George Street in Hove and bumped into a guy I recognised. This is Graham who lives near me and has been through some very tough times. Talking to him made me feel very grateful for everything I have. Christmas is a time that makes me think of everyone I love. I made a pact with myself that as soon as I feel better, I will do something good for people like Graham. Don’t know what yet, but something. 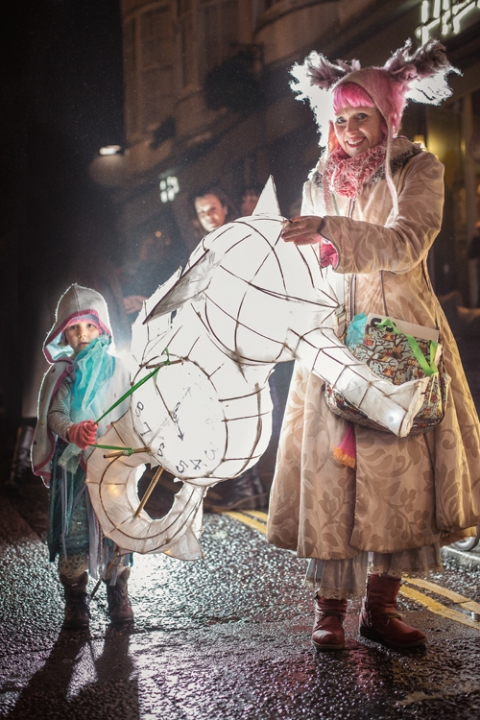 Saturday 21st December  2013 – Lots of bed rest and being looked after by My Love. So relieved to be home and starting to feel human again. I dared to brave going out for a Christmas meal with some friends. I wasn’t exactly the life and soul of the party but I coped. It was the evening of the ‘Burning of the clocks’ in Brighton. An annual parade to make the shortest day of the year – the winter solstice. The weather was windy and rainy so I was very impressed with the turnout. And I took a few pretty average photos. 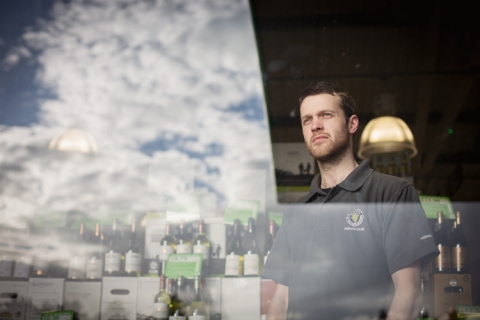 Sunday 22nd December  2013 – What would Christmas be without lots of wine? We went on our annual trip to the wine shop. This is Lewis, who basically told us which wines we should buy! Job done. :) 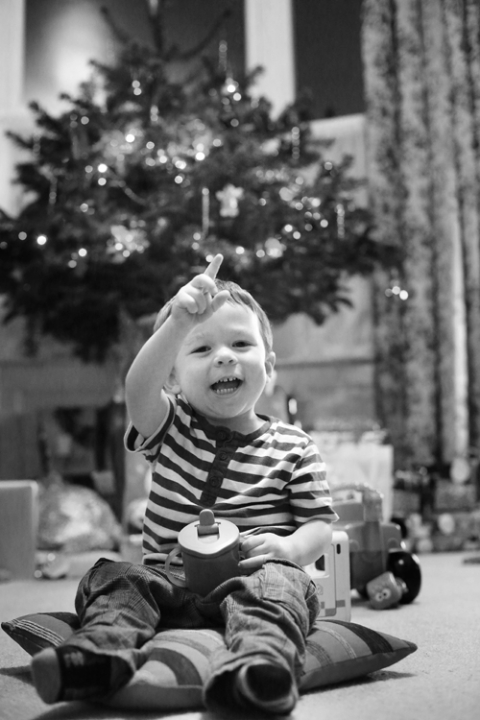 Monday 23rd December  2013 – A horrid day of terrible weather in Brighton. I had a few last minute bits to deliver to clients and a few pressies to buy in town. My camera didn’t come out of it’s bag all day. Sideways rain and 40mph winds didn’t inspire me for some reason. But I paid a little visit to see Jude and his Mummies and finally the Christmas spirit has kicked in! I remember what Christmas was like at the age, the excitement of it all.

ONE MORE WEEK LEFT! Have a very Happy Christmas everyone.