I think some weeks will be easier than others to keep up with this 365 project. When I first thought to undertake this challenge, I thought that taking a photo every day sounds easy. Well, it is – but taking a good photo each day is not so easy! What defines a good photo? Well for me, the reason I am doing this is so that I can push myself to try new poses, new angles, new compositions, new techniques generally. So I guess what makes a good photo for me will be where I have at least tried to be creative. This week has been good because on a few of the days, I was running low on willing volunteers who I haven’t already photographed, which forced me to approach strangers. I like how this pushed me slightly out of my comfort zone! So without further wittering from me, here is my week 6: 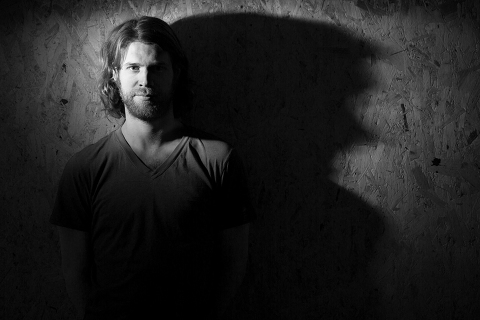 Tuesday 5th February 2013 – This is Stewart, he is a product designer and has just rented a space in the same building as my studio. I have already taken a photo of almost everyone else in my building, so as soon as this guy moved in I asked him if he wouldn’t mind! I am normally such a fan of using natural light in photos, but I also love to experiment with other lighting techniques. I took this shot hoping to play with shadows – I like how dramatic this form of lighting is. I should do this more often on bad weather days. 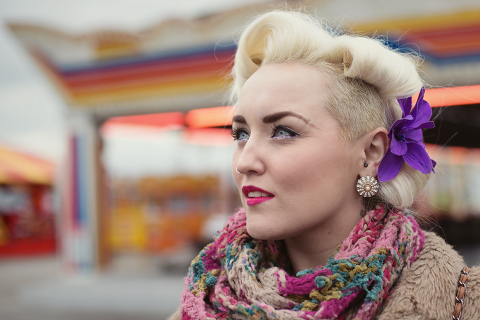 Wednesday 6th February 2013 – I met Carmen on Brighton Pier whilst I was taking a lunch break away from my studio. I spotted her and a friend trying to take a photo of themselves together and so I went over to offer to help. I then asked Carmen if she wouldn’t mind posing for one or two for me :) I love her style so much – I can’t imagine being able to ever do my hair that well. Carmen told me that she was visiting Brighton for the day and that they had a few ‘Marilyn’ moments with their skirts in the wind! We have since found each other on Twitter and it turns out that Carmen is the owner of Mama Monroe’s Vintage/Makeup/Artist/Writer/Singer! Amazing! 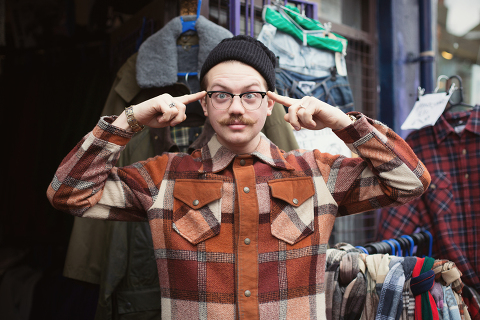 Thursday 7th February 2013 – So this is another day where I felt brave enough to approach someone I hadn’t met before. This is Alec Nash, I saw him in ‘Dirty Harry’s’ clothes shop on Sydney Street in Brighton and again I liked his style – especially that tash and those glasses :) I think he felt a bit daft having his photo taken in the shop doorway! Thank you Alec! I looked him up when I got back to the studio and found out that he is the bass guitarist of a local band called The Peppermint Beat Band. 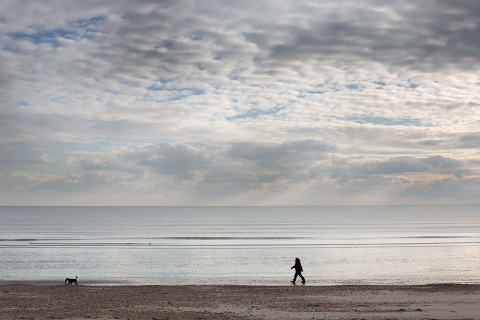 Friday 8th February 2013 – For someone who lives pretty close to the sea, I really don’t spend enough time on the beach. That’s probably because I simply don’t have much spare time on my hands during the summer because work gets so busy. And as for this time of year… Well it’s often a bit too chilly! Anyway, I went for a ten minute stroll on Friday afternoon and it’s amazing how beautiful it was. I hardly saw another soul apart from this man and his dog. One of the reasons I want to get a dog is so that I have an excuse to do this every day. 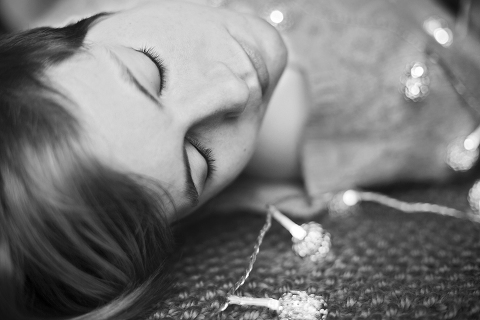 Saturday 9th February 2013 – I had such a lovely day on Saturday, my Mum and Dad and a few close friends came over to my house to help create some table decorations for my upcoming wedding in May. It involved a few unfortunate cases of buttons stuck to fingers with super glue! But other than that, it was really lovely to spend time with some of my favourite people. :) I was so distracted that I nearly forgot my photo of the day! This is Ali a very talented and funny friend – I met her when I was living in Canterbury, several years ago. 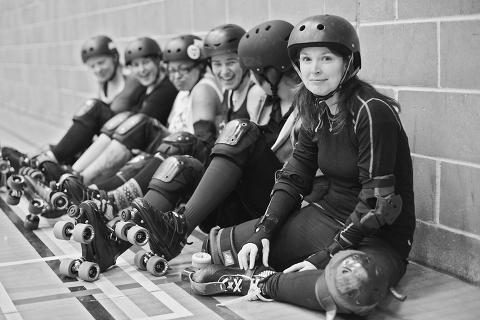 Sunday 10th February 2013 – If you know me then you may know that I’ve recently taken up a new sport – Roller Derby. I’m not too skilled yet but I am enjoying it so so much! I took this photo of a few of the girls who I train with. We get together most Sundays and have a practise. I am still getting to know them all but they seem like such a nice, fun and supportive bunch. From the right to the left, this is Sarah, Bibby, Mog, J, Jo and Megs. 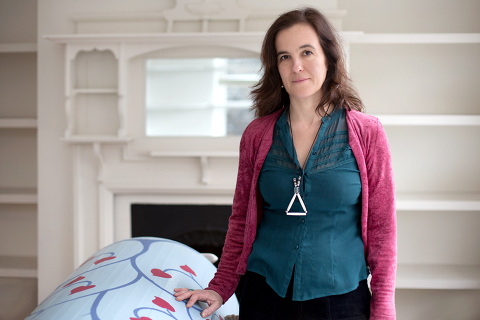 Monday 11th February 2013 – On this day, I was over in Lewes photographing professional headshots for a new member of the Arka team (I photographed the rest of the team last year) This is Marianna – a lovely addition to the team – she kindly agreed to pose for one or two more photos after I finished the ‘official’ ones. :)

Thank you for reading and thank you to all of my gorgeous models this week. :)