As I write the summary of my last week, I am feeling all refreshed following an opportunity to get away from it all for a few days. It has reminded me how important it is to spend time with loved ones, spend time outdoors and spend less time online! A very much needed digital detox… 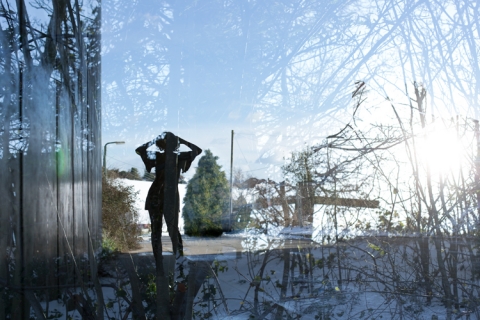 Tuesday 12th March 2013 – So the beginning of last week was plagued yet again with the kind of snow that made Brighton grind to a halt. Buses were abandoned at the end of my road and I had to ditch my car the night before because of the ice. So rather than risk being out on the roads, I worked from home and popped out for a little walk to do the photo of the day. This is a self portrait double exposure (sorry if it’s getting boring to see self portraits and double exposures!) 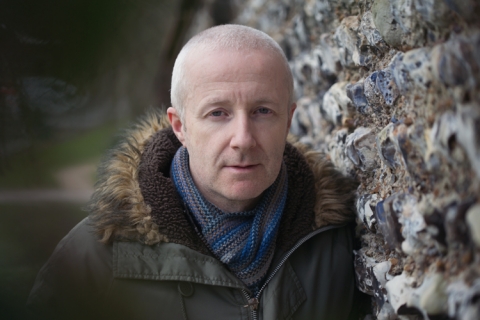 Wednesday 13th March 2013 – This is Richard Roland, an amazing photographer and studio buddy. Like a lot of us ‘togs, Richard isn’t a massive fan of being photographed and like myself says he prefers being behind the camera – Still, he was up for me to take a few shots on Wednesday and we got some good ones I think! 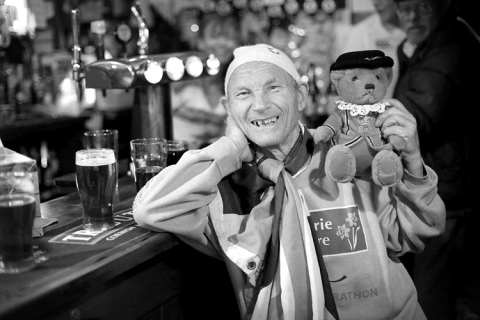 Thursday 14th March 2013 – So this is the beginning of my little mini break away. On Thursday we went to my fiance’s hometown of Plymouth to visit some old haunts. We found an amazing old pub called the Minerva which was filled with local characters having a jamming session. The Minerva is said to be the oldest pub in Plymouth and has an amazing low ceiling covered in signatures – We were given a pen to add our own, apparently that’s what visitors have been doing since 1994! As you can imagine, there wasn’t much space left for us to sign. I took photos of a few of the colourful regulars that evening but have chosen this one of Vic Richards to be my photo of the day because he was the most interesting (and he certainly wasn’t shy of the camera) 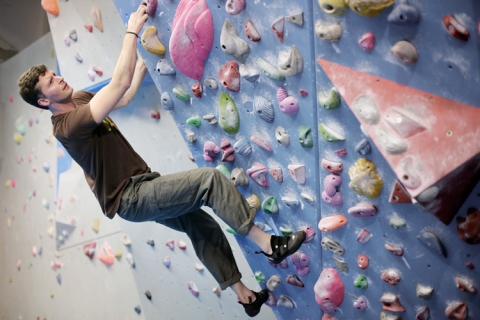 Friday 15th March 2013 – Before heading onwards to Cornwall, we met up with my sister, Hannah and her lovely fella, Justin and went climbing. This is a photo of Justin on one of the bouldering walls showing us how it’s done – and very good at it he is too. I on the other hand spent a large proportion of the session screaming and trying not to look down. And later on complaining about how much my hands hurt. But seriously, I did really enjoy it and hope to do more climbing in the future. :) 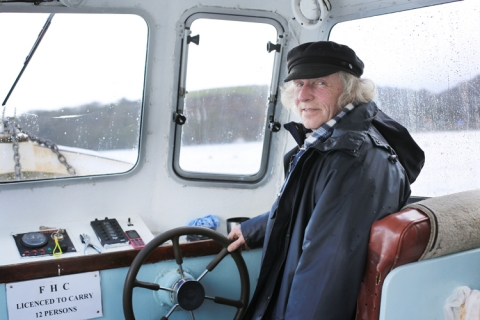 Saturday 16th March 2013 – Following Plymouth, we spent a few days in Polruan, Cornwall where Hannah and Justin live. It was a proper little family get together because my parents came down too. :) I took this photo of Tosh, a local from Polruan who took us on his boat over to the nearby village of Fowey. It felt like a mini adventure and is amazing that this is some people’s normal trip to work every day. 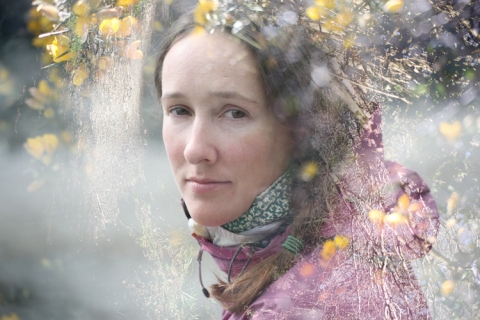 Sunday 17th March 2013 – We enjoyed the spectacular scenery of the Cornish coastline by taking a walk a little way along the coast from Lantic Bay to Lansallos Beach. The weather was perfect for a wonderful picnic Han brought along for us to have on the beach. :) This was another opportunity to play with in-camera multiple exposures… this time with three images. This is a photo of beautiful Han combined with a photo of the light streaming through the trees on the pathway, combined with a shot of the pretty yellow flowers found on the shrubs on the route. 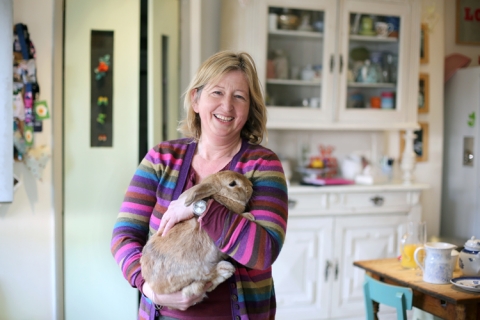 Monday 18th March 2013 – Nearly time to go home, but before we set off I took the chance to take a few photos at the lovely Bed and Breakfast that we stayed in over the weekend. This is lovely Bella and her adorable rabbit, Toffee. Bella owns and runs Hormond House in Polruan, a beautiful property in an amazing location with stunning rooms. She made us feel so looked after and we are already trying to figure out when we will be able to return. And I fell a little bit in love with her dog, Biscuit. :)

So that’s my week in a nutshell. Now I am back home, feeling rested and looking forward to getting stuck back into work. It’s all too easy to get the work/play balance all out of kilter sometimes. It’s good to be reminded that inspiration can be found by visiting new places… And even better to be reminded that short breaks in the UK can have just as good an effect as going further a field. Thank you to my lovely family for a fantastic weekend.