I know I bang on about the weather a lot in my weekly picture round ups but seriously… It is meant to be spring already! This weather has definitely made this weeks photo-a-day very tough… I have had a couple of shoots rearranged till models and clients are willing to stand around outside. I don’t blame people for not wanting to go out doors at the moment. Still, I have managed to continue my project at least. :) A mixture of warm people indoors and cold people outdoors… here goes: 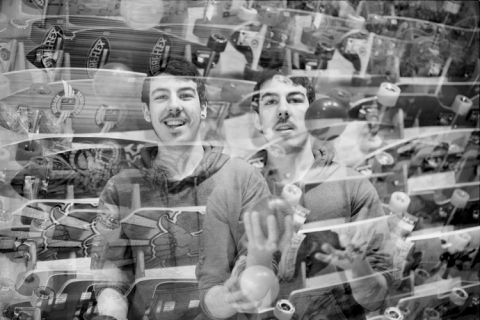 Tuesday 19th March 2013 – I went into Oddballs –  a shop which specialises in juggling gear, kites, skateboards, and lots more. I went in to buy some new laces for my skates and the very nice man who worked there let me take a few photos of him. This is Zak, showing me his juggling skills. My camera was still set on double exposure mode from some photos I had been taking earlier on… So this an accidental double exposure but I quite like it! 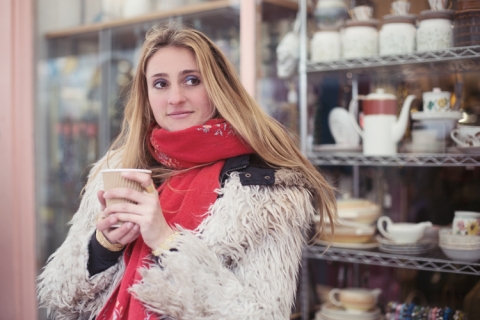 Wednesday 20th March 2013 – On a quick walk through the lanes I spotted Tali, a woman who was working on a stall on Kensington Gardens. I was on my way to the opticians so didn’t stop but saw her again en route back and decided I should pluck up the courage to ask her for a photo. I like the way she was clutching a cup of something hot, trying to warm her hands up. 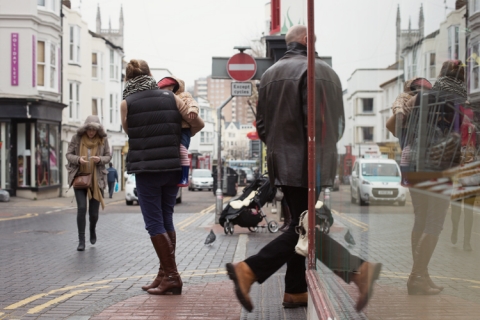 Thursday 21st March 2013 – Whenever I am travelling in other countries, I really enjoy doing street photography… I think it is inspiring to see new sights which are different from the everyday wallpaper we are used to at home. I realise that whenever I am out with my camera in Brighton, I rarely look at the streets in the way I do whilst away… With the intention of capturing life as it happens. I had a go at taking some shots of people on the streets on Wednesday, with little luck. :( And I didn’t get any time to take any other shots this day so this has to be it! 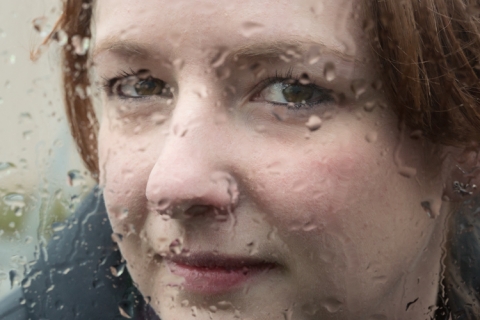 Friday 22nd March 2013 – This is Bibby, one of my eight wheeled friends… We met up on Friday afternoon at our local skate rink and I took the opportunity to do my photo of the day. I wanted to have a go at photographing someone with waterdroplets on glass out of focus in the foreground… A bit of an experiment which meant that Bibby kindly agreed to squat by my car in the rain, whilst I was nice and warm and dry on the inside. In hindsight, I could have done it the other way round. :) sorry Bibby. :) 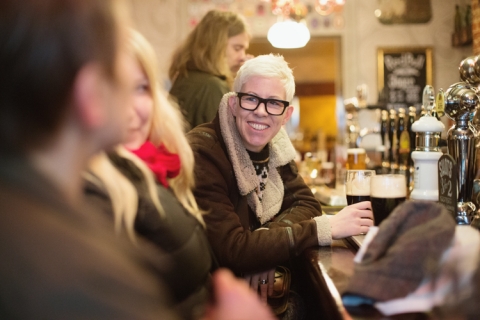 Saturday 23rd March 2013 – Too cold to be spending any time outside! I bumped into Lucy, whilst sheltering from the cold and having a quick drink in the George on Trafalgar Street. I recently met Lucy through friends (it was her Hungarian Wirehaired Vizsla that I photographed a few weeks ago) Cheers Lucy :) 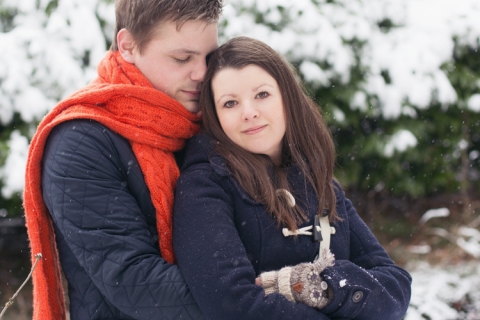 Sunday 24th March 2013 – I popped up to Hertfordshire on Sunday to do a little pre wedding shoot with Jo and Dan – A lovely couple whose wedding I am photographing in June. When we arranged to meet at Coltsfoot Country Retreat, where their reception will be and I had no idea that it would be covered in snow on the day! It was beautiful. We stayed outside in the freezing cold for as long as we could bear and they even had a snowball fight! Let’s hope next time I am there in June the weather will have warmed up a touch. 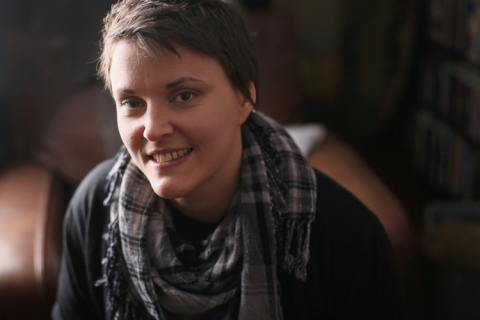 Monday 25th March 2013 – Two of my besties – Rab and Bear came over for dinner in the evening on Monday. I took a photo of Bear a few weeks back so asked Rab if she would mind me taking a few shots of her as my portrait of the day. This was just a quick one as I was trying to multi task – food in the oven and lighting a log fire. :) We had a nice evening talking weddings (Rab and Bear are two of my three best women) I have got quite a collection of photos of Rab pulling unattractive faces – They will be very useful to embarrass her with one day when she chooses to marry. It’s nice to get one of her looking pretty and normal (ish)