MY WEEK IN PICTURES – WEEK 37 – ROLLERCOASTER

This week has been a rollercoaster. I don’t know what else to say. 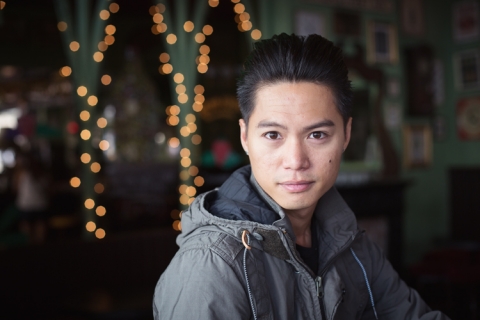 Tuesday 10th September 2013 – This is Chris, someone I met very briefly on Tuesday in the Wick pub in Hove. 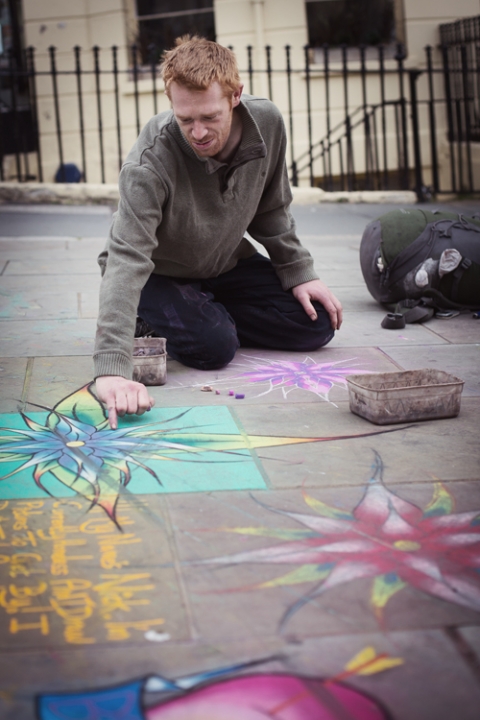 Wednesday 11th September 2013 – This is Nick, a homeless artist I found doing very colourful drawings on the pavement in Hove. I sat and chatted with him for a while. I think he is quite famous in the area for his street art. 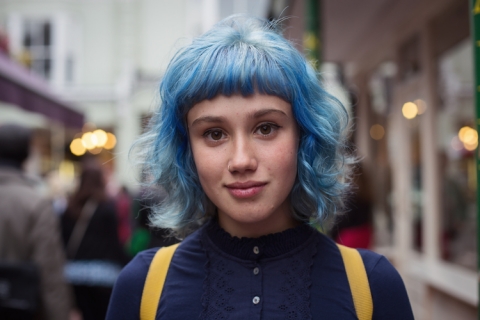 Thursday 12th September 2013 – This Sarah, I spotted her in Brighton on Friday evening and she let me take a photo of her as long as she didn’t have to see it! 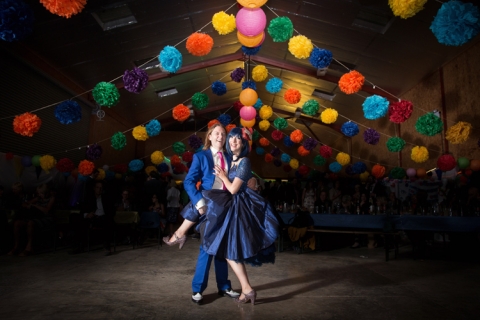 Friday 13th September 2013 – Unlucky for some… Not for these two stunners. Having felt really unwell all week, I was relieved to be feeling better in time to celebrate with Helen and Toby. This is a photo I took of them at their evening reception at Coombes Farm. And Helen’s step mum made all of these amazing paper pom poms. Helen is wearing her second outfit of the day… A gorgeous Oh My Honey Dress (one I have had my eye on for some time now) and this dress is named Alexia! 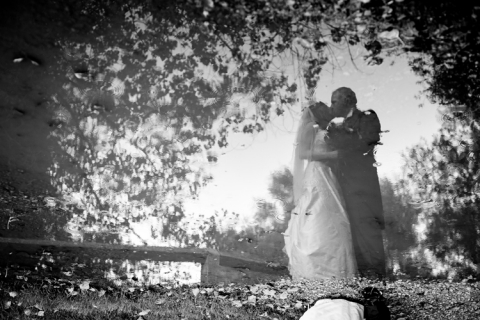 Saturday 14th September 2013 – I loved spending the day at Emmeline and David’s wedding in Alfriston… These two were so sweet together and couldn’t keep their hands off each other when we went to take some coupley portraits! David is a photographer himself and so humoured some of my more ‘arty’ ideas. The weather stayed mostly dry all day but of course it started to drizzle a bit when we went for our wander. I love this reflection of them in a giant puddle. 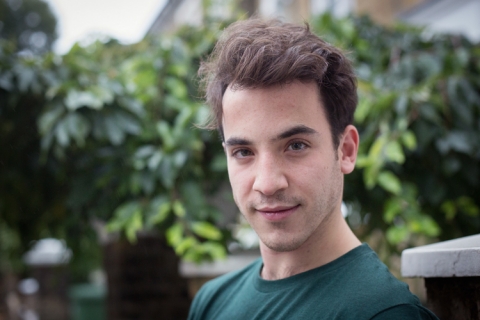 Sunday 15th September 2013 – We went up to visit my sister in law and family at their home in Maida Vale on Sunday. Had an amazing lunch, followed by quite a boozy afternoon. This is a photo of Dan, my step nephew? – think that’s right! He is a newly qualified actor… This is him doing a great job (!) of acting sober. Ha! It was dusk and it was raining and he was wearing pyjamas. Enough said. 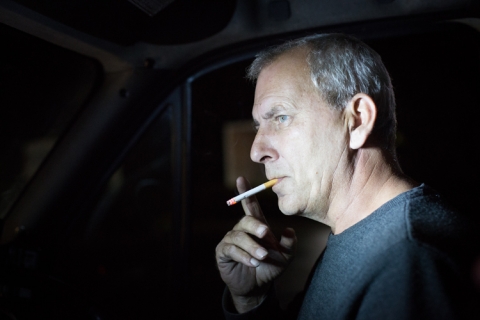 Monday 16th September 2013 – This will no doubt be remembered as the worst 24 hours of this year. They say bad things come in threes, well the least horrible of these three was spending 4 hours in the early hours of Monday morning stranded on the M23. Cold, dark, tired – this was our knight in shining armour, Kenny. He had a tow truck and a cool torch and he let me take a photo of him. The only relief was that I wouldn’t have to go hunting for a photo later on Monday! Three hours sleep then back to work. Gah.

That’s it for this week. :) This has been my 37th week of this years 365 photo a day project. Thanks for looking.