I am writing this blog post on a bright sunny morning in Brighton. Weather like this makes me happy. The light in the winter is amazing, the sun is low in the sky and it makes things look magical. This week last week hasn’t been so dreamy. It’s been grey and dark and wet. I knew this project would get harder during the last few weeks of the year so I am going to embrace this and shoot more stuff inside or make the most of the beautiful morning light. The whole point of me taking a photo a day is to face the challenge and pressure and learn something from it. And I think I have. I will be sad when this year is over.

This is my last week in pictures… 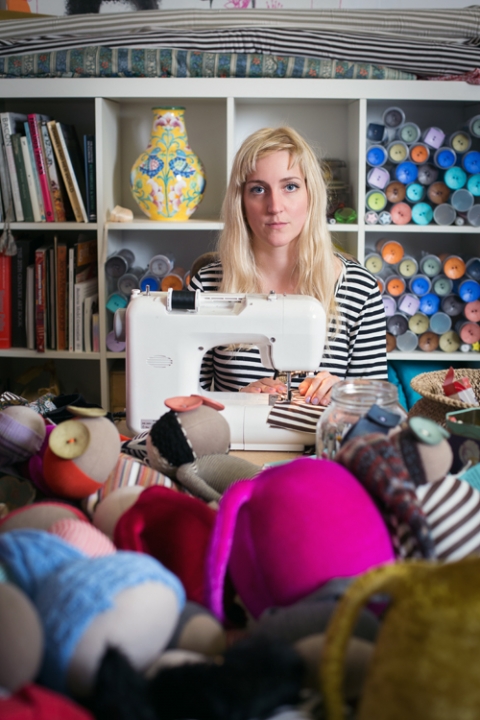 Tuesday 12th November 2013 – I couldn’t face wandering around in the rain so I went for a wander around the building where my studio is instead. I met Jenny who has a studio where she makes colourful and cute handmade dolls. I asked her if she would mind me taking a photo of her in her space. Se is very busy making Christmas orders at the moment so she was surrounded by a sea of stuffed creatures. Her business is called Ruby Ruth Dolls, check her out. 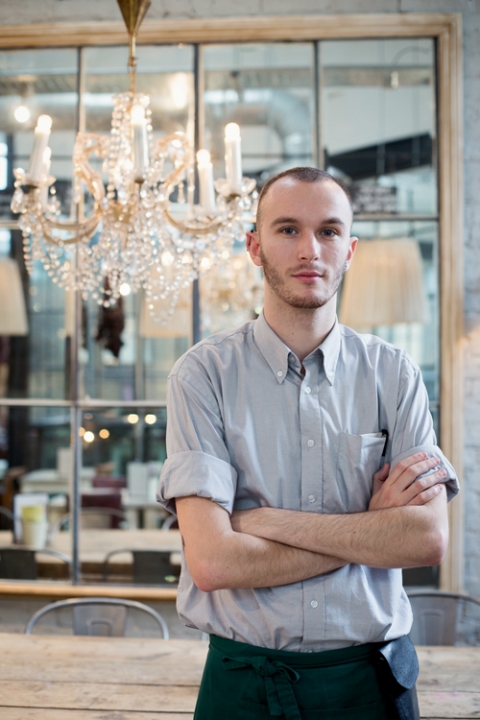 Wednesday 13th November 2013 – I went over to Chichester on Wednesday with My Love to take out my Step mum-in-law for a birthday lunch. She is rather camera shy so my portrait of the day ended up being our waiter, Callum in the restaurant, Bill’s. 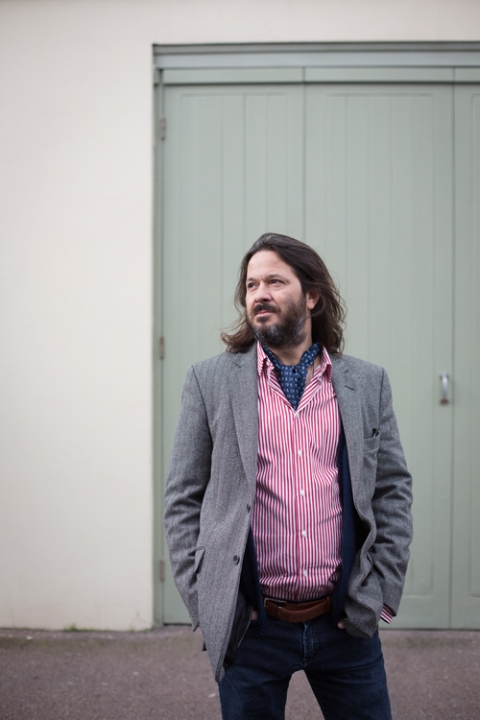 Thursday 14th November 2013 – I went for a walk in the Laines in Brighton. The light was quite dramatic. I was enjoying the amazing shadows cast onto walls and buildings. That was right up until I pulled my camera out of my bag. Then the sun went behind a cloud. And stayed there. Nick kindly let me take a photo or two of him. He is the director of Manor Courses a residential English language school. He said I made his day by asking him to take a photo. 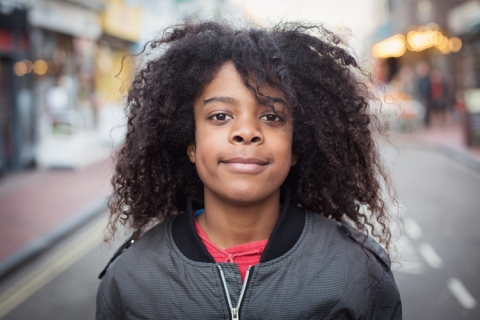 Friday 15th November 2013 – I’m kicking myself for not writing down the name of this young chap. I swear my brain has run out of space for new names, the amount of people I meet. I spotted him and his mother Debbie on Gardner Street on Friday. They were on their way to pick up his sister from school. They didn’t have a lot of time so I took this quick photo before they went on their way. I am hoping that his name comes to me some time. 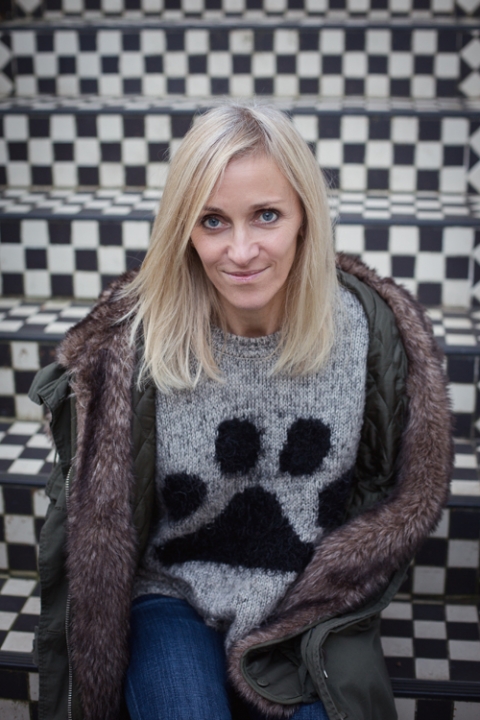 Saturday 16th November  2013 – This is my lovely sister-in-law, Jane outside her house in Maida Vale. We had such a nice day with her and her husband John. They were both a bit camera shy and so drew straws as to who would let me photograph them. We went to watch the  musical – Once at the Phoenix theatre in the evening. I highly recommend it. :) 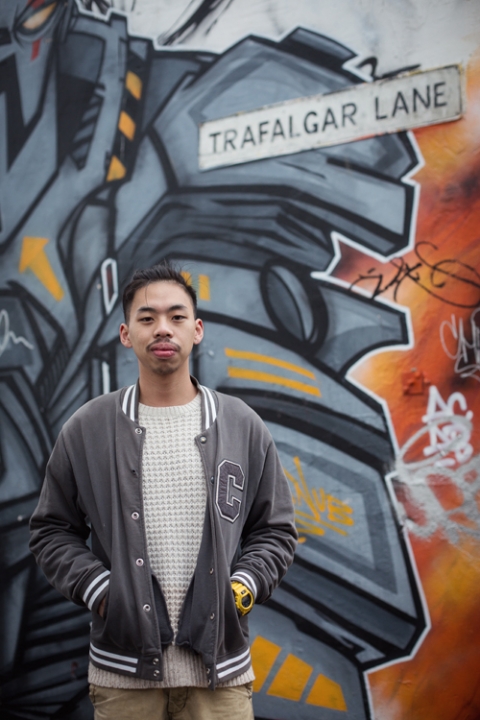 Sunday 17th November  2013 – A quick visit into town to do some Christmas shopping. But it was pretty awful weather so we gave up and went home. Not before spotting this guy – Darren was also out wandering with his camera and he let me take his picture. 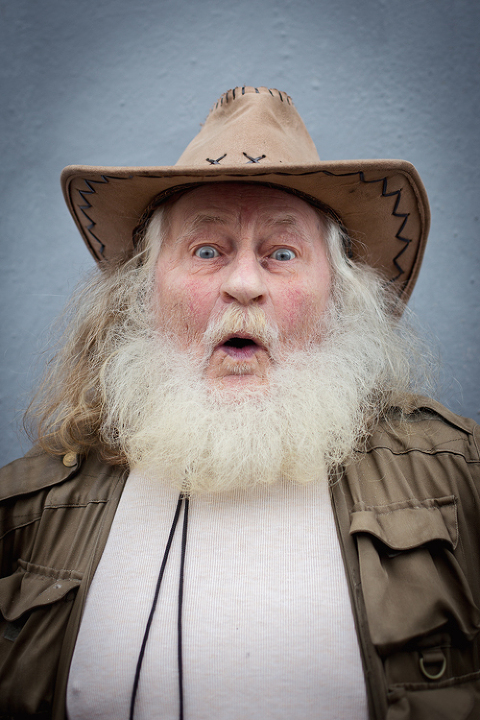 Monday 18th November  2013 – My last photo this week is of Peter. A local character in Brighton, I spotted him outside the Brighton Tavern on Gloucester street. I asked him if he was an actor as he pulled so many faces for the camera. He said no, then gave me a kiss.

That’s it for this week. :) This has been my 46th week of this years 365 photo a day project. Thanks for looking.